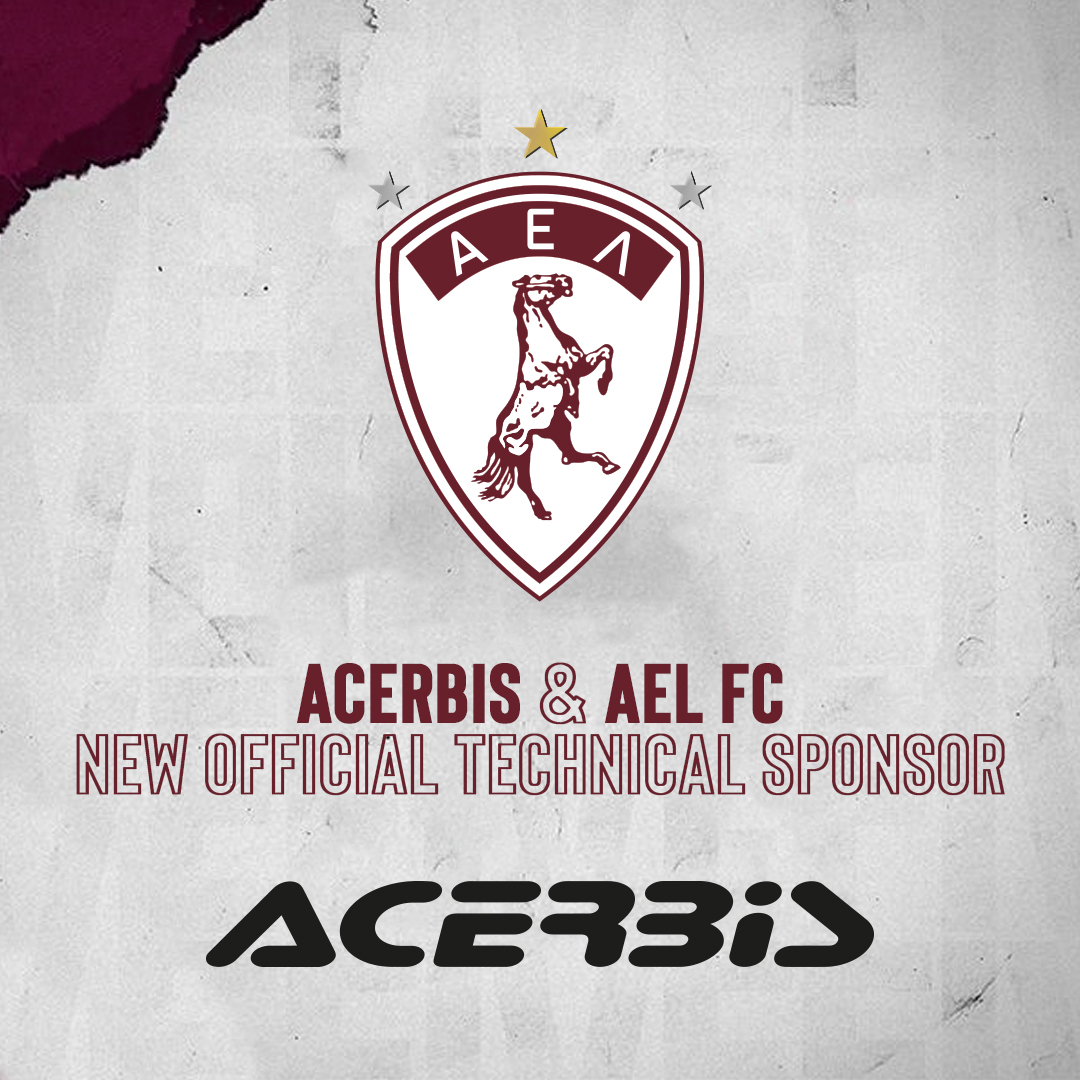 New important partnership for ACERBIS: the new entry is the AEL Football Club, also known by the full name Athlitiki Enosi Larissas, a club that plays in the Super League Greece, the top division of the Greek football championship.

Founded in 1964, the club of which ACERBIS is the official technical sponsor is directly associated with the city of Larissa, capital of the Greek region of Thessaly. The club's crest is a prancing horse and its club colors are bordeaux and white. They are the only team except the two main Greek cities (Athens and Thessaloniki) to have won the Greek championship in the 1987-88 season.

A special thanks to Leonardo Curatolo, ACERBIS agent for the Greek market, who contributed in reaching the agreement.

The agreement between ACERBIS and AEL will start from the next 2021-2022 season, valid for the next three years.